Some Cards and What I've Been Up To

Well, it's been a while again. I sure hope you all have been doing well and are getting nice weather. We are still back and forth with our weather and lots of storms and rain. This week has some rain in it, but it is supposed to be much warmer!
So much going on, so many sympathy cards have been going out the door as well. I am hoping that is over with, having two go out today alone. But I have been making cards and such. So will start with these few.
To catch you up on what's going on with Bret....the poor guy isn't buying his house now. He thought at first he was going to have to move quickly in March. As he was getting his loan all together with the bank, they found out that the property was zone as commercial use. The guy selling the house didn't know about it, and of course Bret didn't know about it. The bank wanted an additional $25,000 in closing costs on top of the regular closing cost and the township will not guarantee him that he can rebuild in case of a fire. So he isn't buying it of course, but the guy needs to sell it because of having to pay back his grandparents for the money loaned to buy his newer home. So Bret was scrambling looking at homes and such. But as it turned out, he can stay where he is at and just rent as the business, Superior Home's, beside him is buying the property and wants Bret to stay and rent. So for now, he will just rent the house and can take his time looking for a home to buy. We both look at it as everything happens for a reason and when one door closes, another one will open.
I have kept busying dog sitting for Bret as he has been traveling a good bit. I am also taking care of lots of testing that I haven't had done for years since Dwayne passed since I have health care once again. And of course that mean seeing a rheumatologist and running lots of blood testing. Will be seeing her this week for go over all the testing and the "flagged" tests.
So here are my cards, most sympathy cards went out as Mass cards, but this one I made. Had two others, but forgot to take a photo of them! And of course, birthday cards. They are always going out the door. Had a friend over to make cards, so I decided to have a play with a NBUS stencil. It was fun and though not perfectly lined up, I'm still pleased with the results of that play and the cards made with the stencil.
This sympathy card was made using the Ukraine flag colors. After all was said and done, I had wished I picked a less "cluttered" design on the front. It was cut out in removeable vinyl scraps. 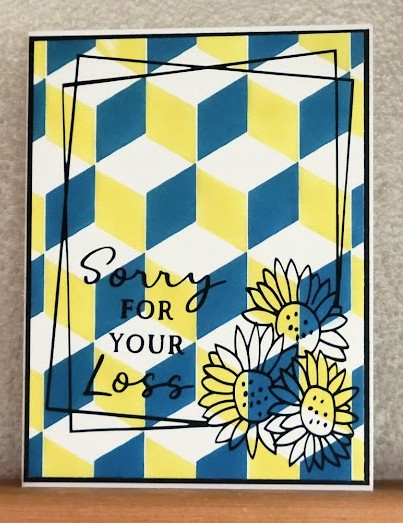 A birthday card for my brother, again, the happy birthday was cut out using vinyl scraps that I'm trying to get used up. One birthday card got mailed and I forgot to take a photo of it, it was a beautiful teal and gray color with a stamped silhouette of Queen Anne's Lace and a birthday sentiment cut out in vinyl. 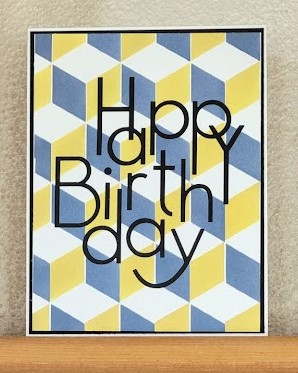 Another birthday card, you guessed it, the sentiment design was cut out in vinyl scraps. 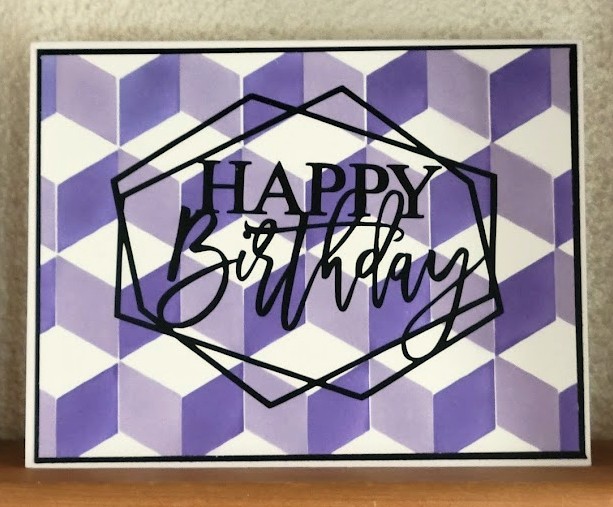 A birthday card for my nephew, I saw this design on Pinterest and so got out my Cricut and stamps to make it my own. The sentiment is print and cut. I thought it looks young and hip. lol 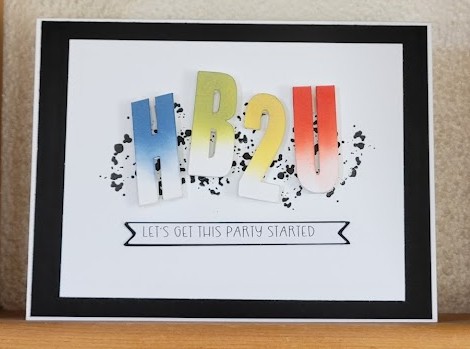 Was invited to use a ticket (the owner couldn't use because they were sick) to go see the Celtic Angels. Was a fabulous show of Celtic singing and dancing. 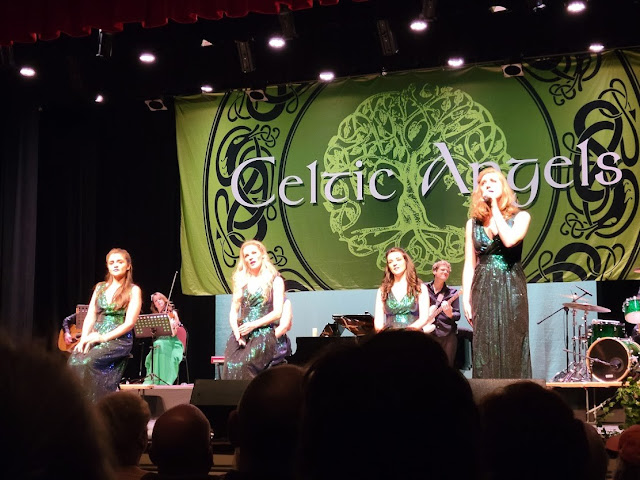 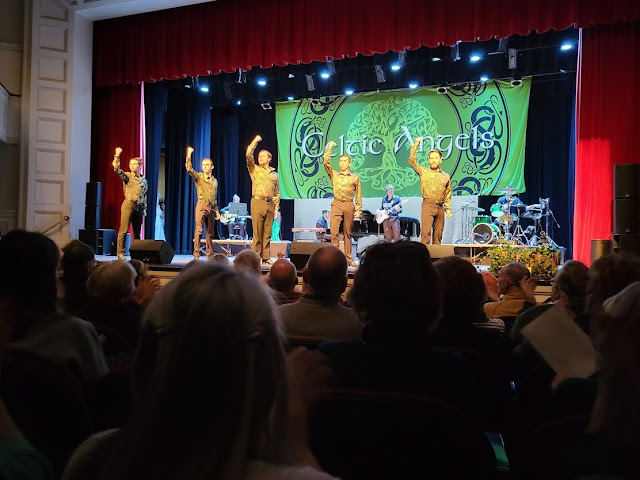 A last season snow-many of us saw that! 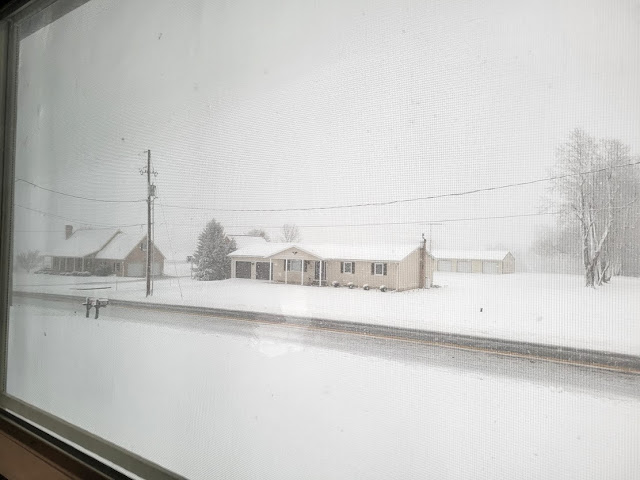 And last but not least, a beautiful double rainbow after a storm. It was just so beautiful (photo doesn't do it justice!) and seemed like it touched the ground on either side of it. And no, I didn't go looking for that pot of gold. lol 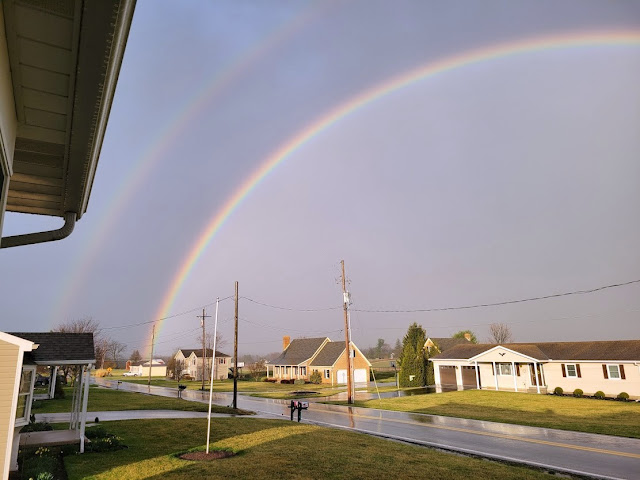 As always, I appreciate the time you take from your busy schedule to come and see what I've been up to. Your comments always bring me joy and I feel honored that you leave them for me. I am behind on commenting, but am trying to get some caught up on, so hopefully I will be by to visit you soon as well.

Thank you for your comments. I enjoy reading each and everyone of them and love when you stop by to visit me for a spell. I will be stopping by shortly to visit you too. I so appreciate you! Crafty hugs, Brenda